Rise came into existence when the team was created to compete in the 2014 Call of Duty Championships. At this time their roster consisted of Damod “FEARS” Abney, Jonathan “Pacman” Tucker, and Jamal “Whea7s” Lee, Daniel “Loony” Loza. During the online regional qualifiers they were named “Livin’ the Dream” but they changed this name to their current name “Rise” for the US Regional LAN Qualifierswhere they successfully qualified for the 2014 Call of Duty Championship.

No achievement selected for this category

The Call of Duty Championship Journey

Rise qualified on the second weekend of the online qualifiers, which meant that they would have to face a first weekend team in the first round of the US Regional LAN Qualifiers. In this case such team was Curse LV, which consisted of Parasite, MiRx, KiLLa and Ricky. Rise managed to pull off a first round upset, beating Curse LV 3-2 and thus progressing through to Round 2 of the Winners Bracket which put them in a great position to qualify as they only had to win one more match before losing twice. In Round 2 of the Winners Bracket they faced off against JusTus, whom they defeated 3-1 to qualify for the 2014 Call of Duty Championships. They placed Top 8 at the US Regional LAN Qualifiers in the end after losing to Team KaLiBeR and FaZe, but the most important step was qualifying for Call of Duty Championships. At the Call of Duty Championship, Rise were in a pool consisting of French team Vitality.Rises, Spanish team Wizards and the Brazil 5 Stars. Unsurprisingly to most Rise topped their pool, going unbeaten as they moved onto bracket play. In Round one they faced Canadian Team,VexX Revenge who they beat 3-1 before moving onto Round 2 where they faced Australian team Trident T1 Dotters who knocked them into the losers bracket by beating them 3-2. From here they successfully managed to secure a Top 8 placing by beating TCM 3-2. However they could not go any further as they were beaten 3-1 by Strictly Business, who would eventually go on to place 4th. In the end Rise finished 7th and took away $35,000 in prize money.

After Championships there was a long period of time where Rise were largely out of the spotlight as they did not qualify for the MLG Season 2 CoD league. This meant that while other top teams were playing their league matches, Rise was left largely scrimming against amateur teams. However they were involved in the roster changes which occurred after UGC Niagara, when FEARS left the team to join up withJaMeZz, Ghoster and TriZy from the XGN team that beat compLexity on the Orbit Roster. Brian “Saintt” Baroska replaced FEARS, before he was promptly dropped for Dillon “Attach” Price, who was with the team for the remainder of Call of Duty: Ghosts. Once Season 2 was over the majority of top teams headed off to MLG Anaheim to fight through the Championship bracket. However since Rise were not in Season 2 they had to fight through the Open Bracket to try to qualify for Season 3 by placing Top 4. They successfully qualified for Season 3 without losing a game as the steamed through the winners’ bracket all the way through to the final, beating teams such as Lightning Pandas, VexX and eXcellence on the way. They faced OpTic Nation in the grand finals, who beat them 2-0, 2-1 in a continuation best of 3 series, leaving them with a placement of 2nd and a place in Season 3.

Going into Nashville, Rise was still retaining their 2nd place in the MLG Season 3 League trading places with EnVyUs however, despite this they had not had any recent success on LAN. Things would change for Rise after they were placed in the “group of death” with OpTic Gaming, Evil Geniuses, and Stunner Gaming. Surprisingly, Rise came out on top of the group sending both OpTic Gaming and Evil Geniuses to losers bracket. During bracket play, Rise found themselves matched up against Denial who defeated them 3-0 and would also go on to the grand finals. After being knocked down to the losers bracket, Rise would face off against OpTic Gaming again and win the series 3-2 to advance to the final day of play. Rise’s tournament would end here after losing toFaZe but not before securing 4th place and their highest placing to date.

Simon "Tyrant" Bliss is our Lead Editor working on all content-based projects with our creators, partners, and much more. 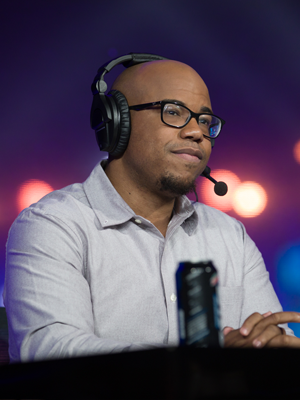 Jonathan Tucker has been a professional gamer since 2007. Jonathan is considered a veteran of esports as his tenure more than doubles most athletes. Jonathan has held elite positions in Call of Duty as a manager, coach, and on-air analyst for the World League. This experience gives Jonathan an irreplaceable knowledge of the esports industry that he utilizes to evaluate talent and propel Rise within the gaming community. 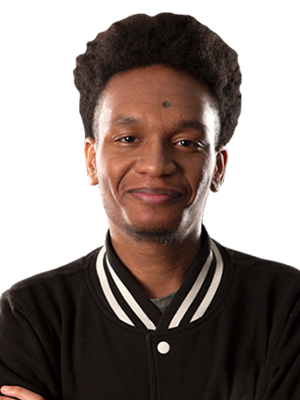 Whea7s has been playing video games since he was seven years only on the Sega Genesis, although he credits first falling in love with video games when he got a PlayStation 1 and was given Final Fantasy 7 for Christmas. Whea7s first started playing Call of Duty during 2007 with Call of Duty 3. As of now, Whea7s has retired from competing professionally and is now the Assistant Manager of Rise. 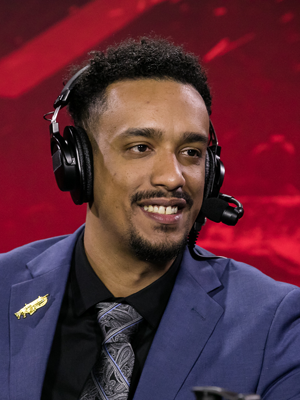 Jourdan first started playing Gears of War in 2008. He was introduced to the game by his older cousin, who owned an Xbox 360 when he didn't. Ribs, first got into competitive game play after a friend of his noticed his ability in public matches and asking Ribs to join the GameBattles team he was on.

Ribs has also competed in other eSports titles such as Call of Duty, Super Smash Brothers for the Wii U and H1Z1 King of the Hill on Steam. During the launch years of Super Smash Brothers, Ribs lived in the Islands of Hawaii while he regularly competed. Outside of Hawaii, after placing well at multiple majors and winning local tournaments in New York, he was ranked 4th in New York state and was widely considered Top 3 in the country with the character "Ness".

He won his first Gears event attended in 09 and ended it with another in 2018 followed with a $150k UGC Major win. We’re glad to have another vet with previous championship experience help us mentor our team. 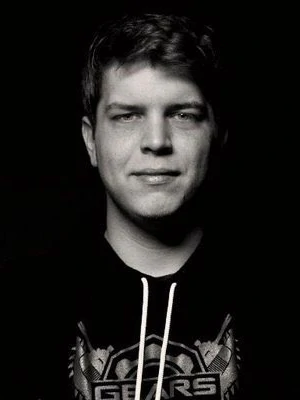 Affinity's first time playing Gears of War was at a friend's house shortly after the game's release in 2006. It only took that experience to get him to go out and buy an XBox 360 of his own. After four to five months of playing Affinity fell in love with the game, seeking something more than what the Ranked experience could give him, he found himself in competitive play in 2007.

Affinity has played almost ever eSports title known within competitive circles, such as League of Legends, Counter-Strike, Super Smash Bros and StarCraft but Gears of War is the only one he took seriously enough to take it all the way.

Although it was hard for him to pick just one, being a sucker for good RPGs and old school games, Affinity's favorite games would be the Final Fantasy franchise, the Zelda franchise, or Star Fox 64. 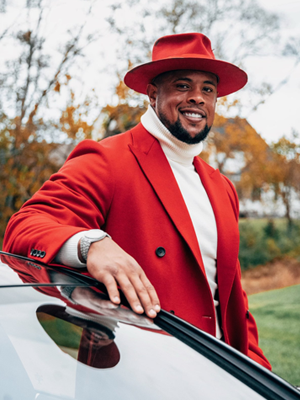 Rodger Saffold is one of the most decorated linemen in the NFL. Rodger’s NFL career has spanned almost a decade. He was first selected to the All-Rookie Team in 2010, played in the Super Bowl in 2018 with the Los Angeles Rams, and now is in his second year with the Tennessee Titans. Rodger’s personality has shaped his media-friendly presence. He’s known for his love of sports, gaming, and fashion. Rodger’s personal social media following adds extra reach when he promotes Rise and its partners. He’s been published in Forbes, Black Enterprise, and Delux magazine. His ability to seamlessly exist in both the sports and esports world is a luxury that nobody else in the space has to offer. A full understanding and expertise of two huge spaces is an invaluable commodity that Rodger has in spades. 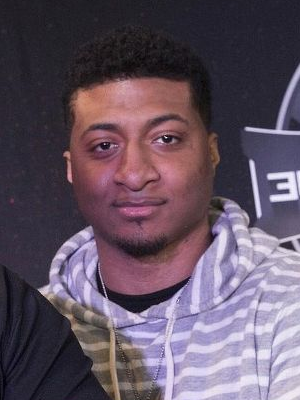 Kahreem Horsley is the Co-Owner and a founding member of Rise Nation. Having been involved with the competitive gaming scene dating back to 2004, it wasn’t until 2014 where he came up with the idea to create an esports organization which he then pitched to his long time friend Rodger Saffold. He is not only a founding member of Rise Nation but a player on its’ inaugural Call of Duty roster.

Kahreem Horsley is an athlete in his own right and has made his mark in the esports community as an impressive gamer. This has led Kahreem to be one of Rise’s biggest content creators. Streaming multiple games at a high level has yielded Kahreem an impressive Twitch following, especially for someone who devotes less time on the platform than other creators, as he devotes the majority of his time to running Rise. Throughout his career, Kahreem has developed relationships among different communities within esports and yields an insider voice with professional players across multiple scenes. Kahreem’s respect within the esports community and long-time relationships assist Rise in strategizing Rise’s next moves within the industry to keep competing at a high level in all its ventures. 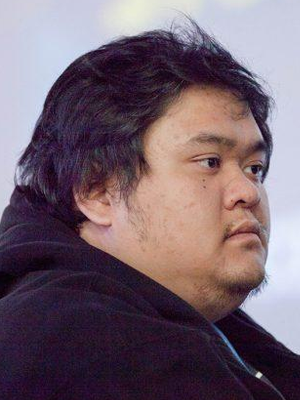 Martin "Marn" Phan is the Esports Manager for Rise Nation. He is a veteran in the gaming community with more than 17 years of experience. Competing in his first tournament all the way back in 2000, MaRN would go on to sign with the esports organization Evil Geniuses in 2009 as the first member of their Fighting Game Division. He would eventually leave Evil Geniuses in 2011 and continue to compete without any representation until his decision to sign with Rise Nation in 2017. He would represent the organization at multiple FGC events before transitioning to his current role as Esports Manager.